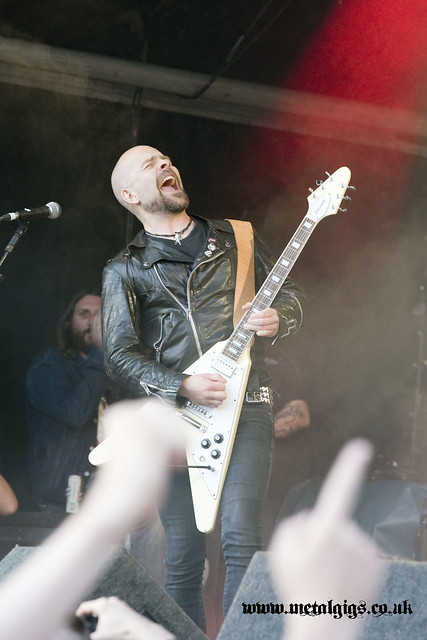 6 things that ruled about High Voltage

1. NEUROSIS NEUROSIS NEUROSIS
2. It stayed sunny all weekend, unlike the downpours of Donington and Knebworth it made for an amazing dry weekend
3. Grand Magus being back in the UK again and playing a blinder of a set
4. They allowed the public to bring SLR's in onsite - more festivals should do this it makes it easier for smaller sites like us to cover them and get some shots. Serious Kudos to the organisers for this.
5. Judas Priest playing a 22 song set
6. Did we mention Neurosis? 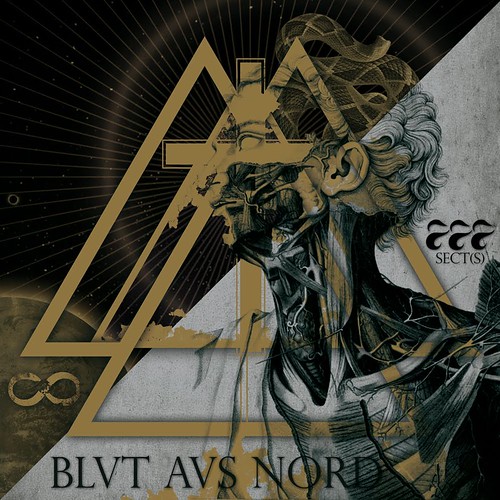 France sometimes gets a bad rap. Sure, it has its drawbacks; but how about we forgive and forget? Let’s not dwell on the likes of Napoleon, Arsene Wenger, the Renault adverts with Nicole and Papa, William the Conqueror or the nation‘s general propensity for arrogance. I suggest we remember the good things, like fine cuisine, Gérard Depardieu, Parkour, René from “’Allo ‘Allo!” and, of course, the thriving black metal scene.

The Norwegians may have held a monopoly on black metal throughout the nineties, but the French have blazed a trail through the scene over the last ten years. From the abstruse turbulence of Deathspell Omega and the blistering malice of Antaeus to the shoe gazing, quixotic sound of Alcest, the nation has moved on from the primordial buzz of early Les Legions Noire and forged a reputation as one of the most enterprising nations in the genre. 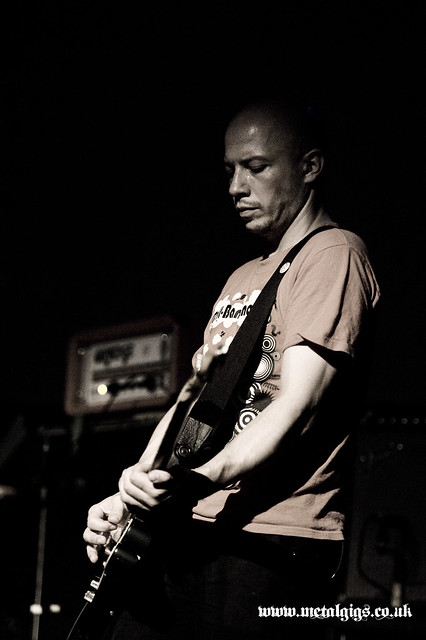 Words and Photos by Antony Roberts

The De La What many of you may be asking?  Where's Bexhill and why are Mogwai playing there?  For those of you none the wiser, Bexhill is on the South coast of England between Hastings and Brighton.  It's more famous for it's large population of old people than staging events by behemoths of post rock.  It had little going for it for years, but about 10 years ago the De La Warr Pavilion successfully applied for lottery money and has put it to good use with some serious renovation work and a new sound system.  Slowly but surely it's starting to draw in large names; Tricky, Beardyman, Heritage Orchestra, Isobel Campbell and Mark Lanegan have all played in recent years.  Early next year a certain ex-singer of Black Flag you may be familiar with is doing spoken word there.  It's a very small venue for the size of bands it's getting, so definitely worth a venture if you're able to get to it. 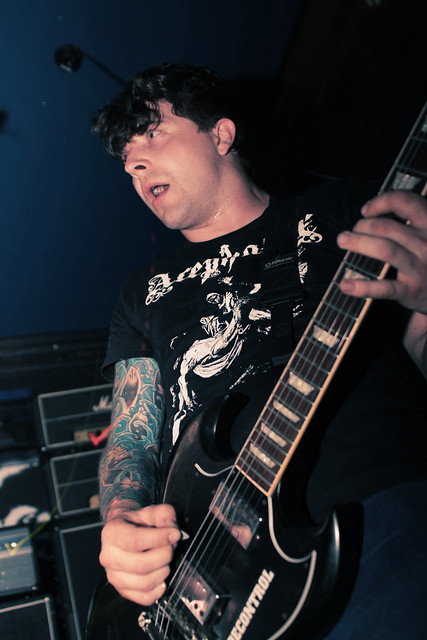 Have you ever seen John Carpenter’s “The Fog“?  The movie depicted the town of Antonio Bay being invaded by the ghosts of dead sailors.  Leprous cadavers assaulted a seaside resort on their centenary, terrorising the residents and raining death on their parade.  Now, I can’t claim to have been there on that particular night, but I imagine the horror must have been somewhat akin to what it felt like the day Seattle’s Black Breath hit Brighton town, sullying the sunny coast with their murky brand of crossover, vomiting pestilence on your ice-cream and leaving a big steaming turd on your deckchair. 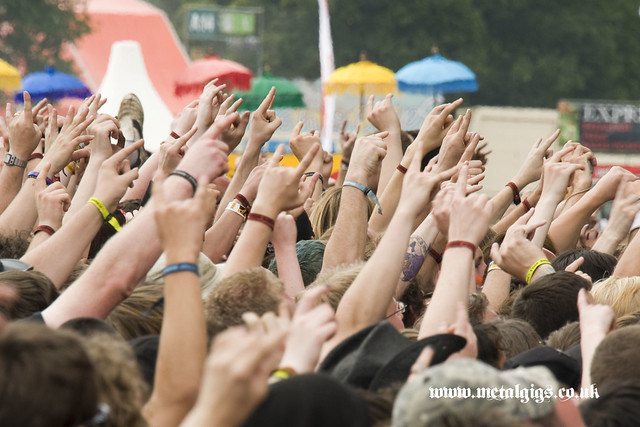 Day 3 for us started with Black Tide on the Saturn stage.  I wasn't familiar with them prior to this and they started with a competent cover of Hit The Lights which was enough to make me stick around to check out their own material.

Sonisphere Review Day 2 – Watain bring the performance of a lifetime 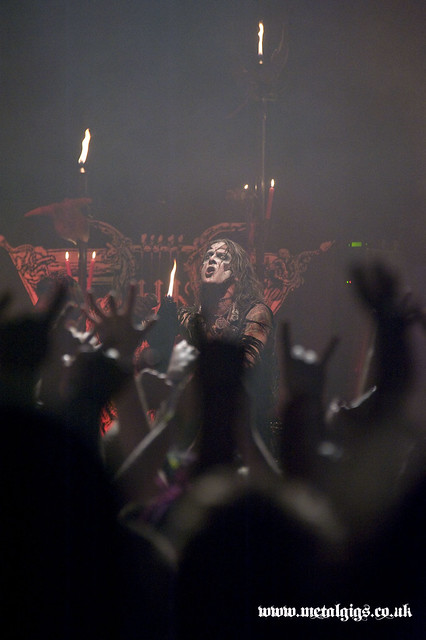 Day 2 for us started with Richard Cheese and Lounge Against The Machine.  Lounge style covers of favourite (and not so favourite songs) seemed a good start to ease the morning in. 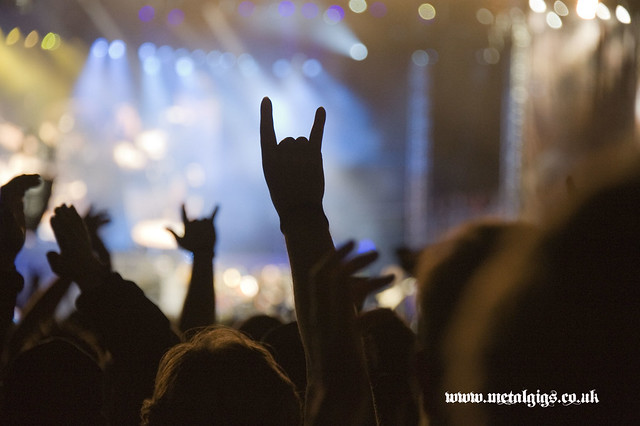 Nage: I'd like to point out our photographer wasn't happy and didn't want his photos using but with no photo pass, and no-one else we needed something!  We're a young site, just 3 months old but with 1000 hits a week and rising we had to provide something!

See you at Knebworth! 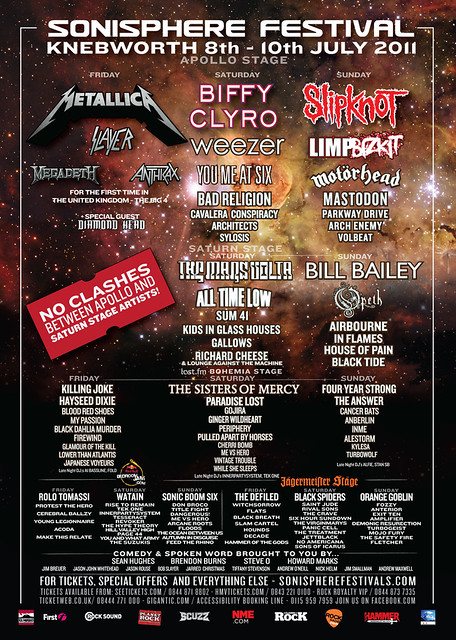 We're signing off for the weekend as we're heading to Sonisphere. Keep up to date with all the latest going's on, industry gossip, and who's slaying or sucking at Knebworth by following us on Twitter.  We'll be the ones trying to start a pit for Watain's set at the Redbull stage!! 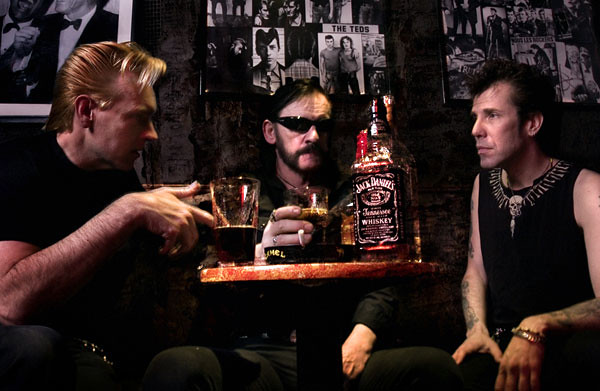 Headcat have announced a date at the Relentless Garage and tickets will go on sale tomorrow morning at 9am from the www.livenation.co.uk at the very reasonable price of £16.50, this should be a blast!!  We'll hopefully be there, the show will take place on 16th October 2011.  Here's what they had to say: 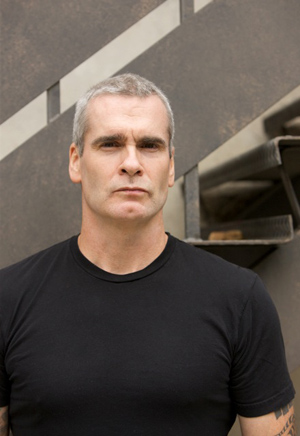 The ex-Black Flag front man/comedian/actor/angry man is bringing his "The Long March" tour to the UK in early 2012 (let's hope it's not snow chaos again like this January!).