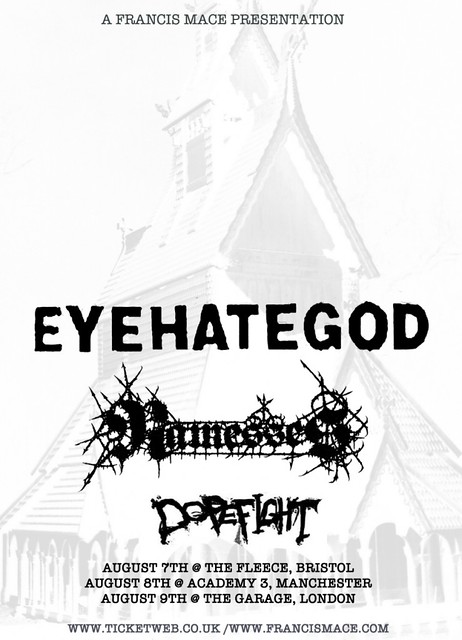 Support comes from the mighty Ramesses and Dopefight.

You can find links to all the gigs, and tickets on the eyehategod page here.

Dates are as follows: 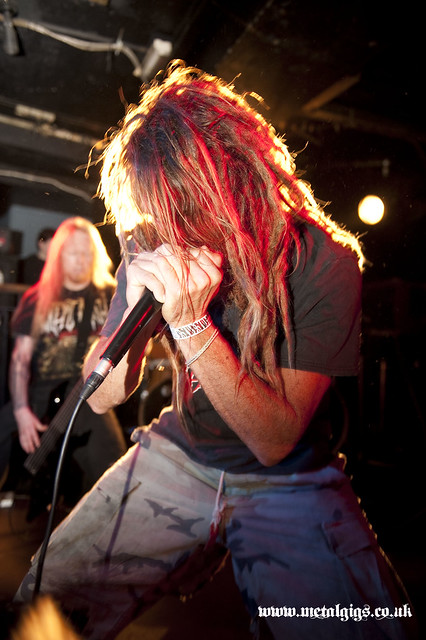 With Suffocation's London date falling on a weekday it was always questionable whether I was going to make it on time.  Doors were at 5.30 and not living in London this was going to be a mission.  Unfortunately with full time work commitments our reviewer who is far more familiar with all the bands playing was unable to get away from work, and I arrived late having missed openers Carceri.

Cerebral Bore were due on at 6.30 but took to the stage around 7, good for those arriving after work, but meaning the rest of the night was going to be pressured to get the timetable back on track.  Opening with Maniacal Miscreation and then plowing through 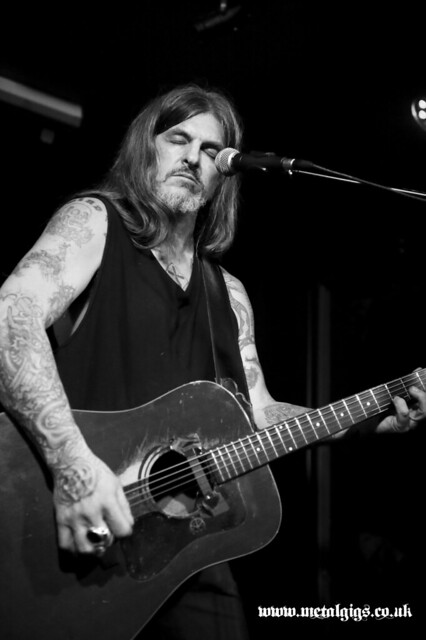 With the ever reliant service from South Eastern trains I turned up to the gig late despite it being on a Saturday afternoon.  Managing to only catch the very last few songs of The Death Letter, I walked in to "Down and Out" and felt like I could have been walking the rail tracks out in Mississippi.  With a home made banjo they referred to as a rigar it was a great start to the beating start of summer with London's first, and very early mini heatwave. They finished up with a raw bluesy cover of Monster Magnet's Powertrip.  One 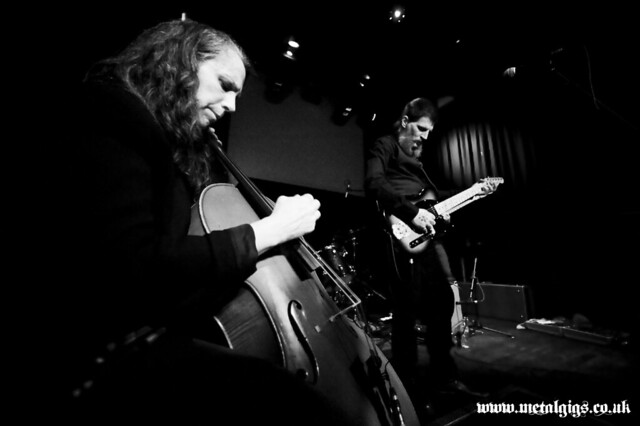 After seeing Kylesa play a blinding set at The Haunt and experiencing its seriously awesome sound system for the first time, there was no questions asked at all, we had to go and see Earth play there.   Kylesa was my first time at The Haunt and I fell straight in love with the venue.  It's small and intimate, but unlike so many small venues they've actually spent some money on the P.A. system, and it sounds amazing.

Walking on to quiet and polite applause, Earth took to the stage, and Dylan thanked us for joining him on 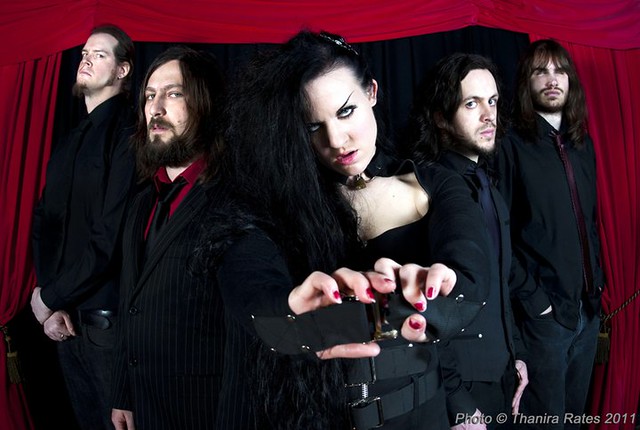 Five people are squeezed into the tiny what-passes-for-a-dressing room backstage at London's Borderline. It is about the size of classic CBBC's famous broom cupboard – but without Edd the Duck. No groupies or giant bowls of white powder either...just about room for a couple stools and a pack of mineral water. The glamour of rock n' roll...

However, the mood is buoyant as London – five-piece The Mariana Hollow prepare to open for fellow British metallers Pythia. Like the headliners, the band have recently released their second album. “Velvet Black Sky” is the follow-up to their debut, 2009's “Coma Heart”, which was mixed by Chris Sheldon (Biffy Clyro, Foo Fighters, Skunk Anansie, Anthrax). 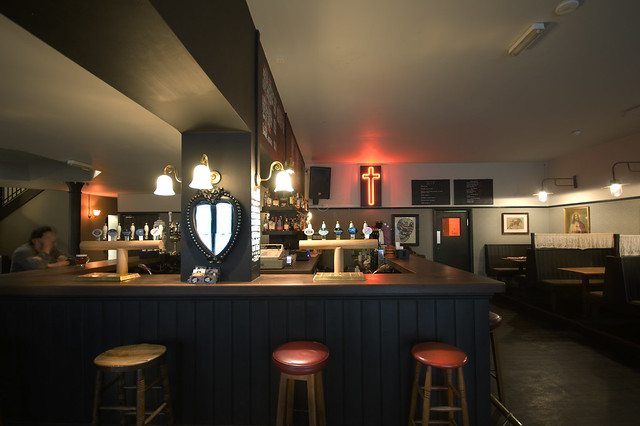 It may seem a bit odd to do an interview about a music venue, but they seem to be a bit hit and miss all around the UK at the moment. Many great venues have closed their doors over the last few years so it's great when new ones open their doors to the Metal world. If you're not a regular to Camden you may not have heard of The Black Heart pub. It's a relatively new venue in the London metal scene, tucked in an alleyway just behind the infamous Underworld venue. They've got some pretty good things on the horizon so we ventured to have a pint with the bar manager Josh and find out more about this new venue and upcoming gigs. 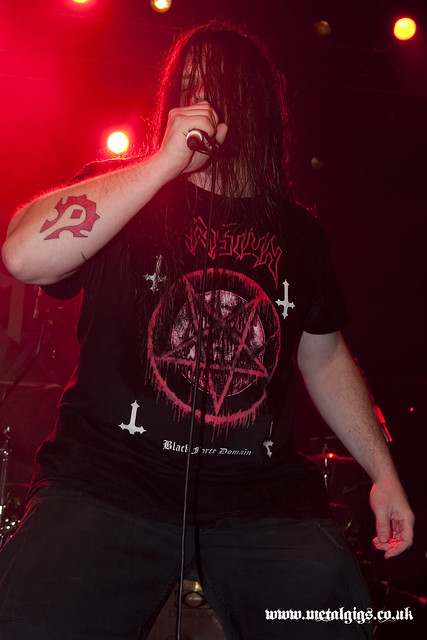 Arriving late I only managed to catch the last song of Job For A Cowboy, but not being a fan this was no great loss.  They had however drawn a large crowd, the Forum was already pretty heaving and the queue outside was winding down and around the building.

Enslaved took to the stage and straight into "Ethica Odini", the first track from their most recent album, 2010's Aximoa Ethica Odini.  Guitarist Arve was his usual self, like a child who's eaten too many skittles, the man does not stand still!   Constantly a top the monitors or throwing shapes with 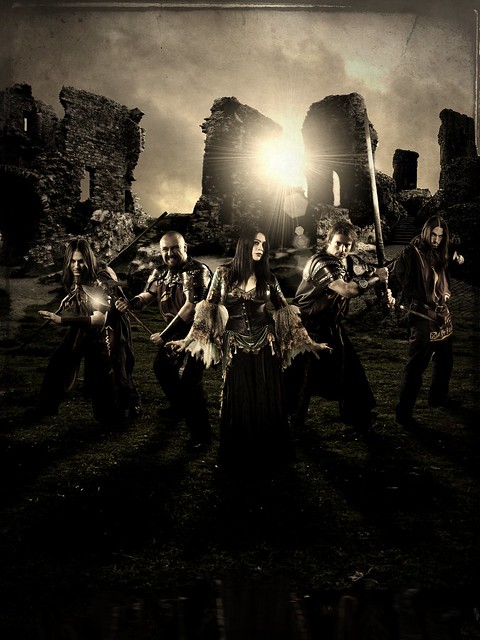 Pythia recently had a record release gig at London's Borderline for new album The Serpent's Curse and you can check out the review of that here.

Prior to the gig Emily took time out to catch up with our scribe Nick.

Bill Shankly, the legendary Liverpool FC manager, once claimed football is not a matter of life or death, it's more important than that. Maybe the same applies to heavy metal.

The release of “The Serpent's Curse” is something of a triumph against the odds for Pythia. Released through their own label with no help from big record companies, they are determinedly flying the flag for British metal on their 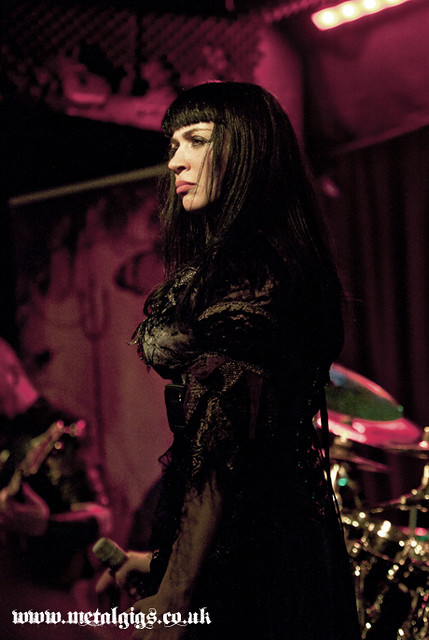 All photos by Tess Donohoe http://www.tessdonohoe.com/

It is “leap day”, which only comes round every fourth year, and according to Celtic tradition a time when women propose to men – if the man refuses he has to buy her twelve pairs of gloves! Female-fronted bands Pythia and The Mariana Hollow would be