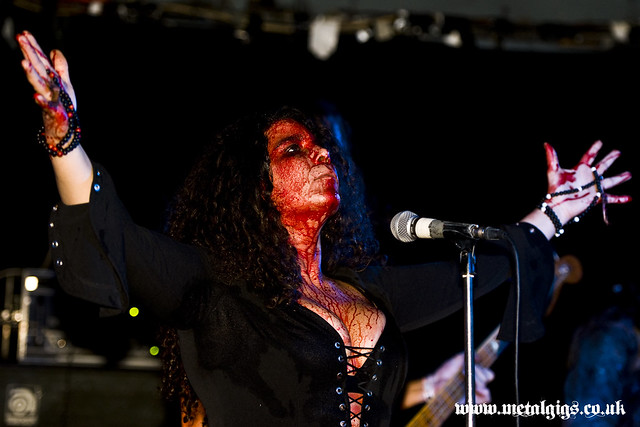 Search on the internet, or in past magazines for gig reviews for The Devil's Blood, and you will find write ups of the few shows they have played, hailing them as one of the shows of a lifetime.  I'm one of those souls that have stumbled on the band late, very late.  Reading all the furore about past shows I thought it about high time I go see this band in the flesh.

The Underworld was certainly busy, but not as packed as i've seen other shows, which surprised me greatly with the utterly fanatic reviews their live shows have received.  The print press has been pouring over them recently with large interviews in Zero Tolerance and Terrorizer in the last month or two.  To be fair 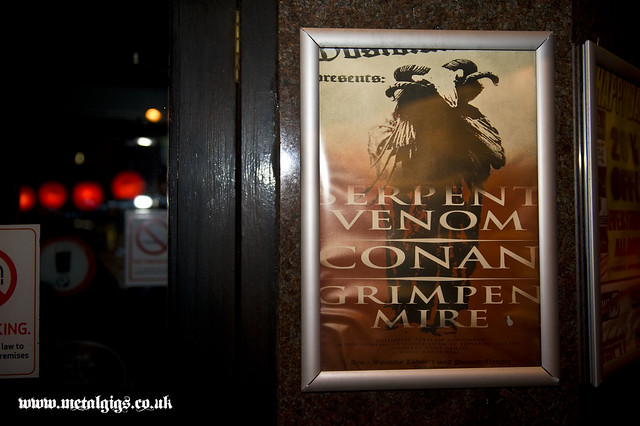 Words and Photos by Antony Roberts

This gig was originally meant to take place at The Black Heart in Camden, but was switched in the last week or two before the event to the Hobgoblin in Angel.  A new venue for this metalhead, so off I went to try and locate said pub.  Situated conveniently close to Angel station, initial impressions were good.  It was a reasonable size, smaller than the Unicorn which also hosts free gigs in London, but large enough to mean the bands had brought some serious backline with them.  Drinks were reasonably priced (for London) and bar staff were cheery enough.  Anyway enough about the venue, onto the bands! 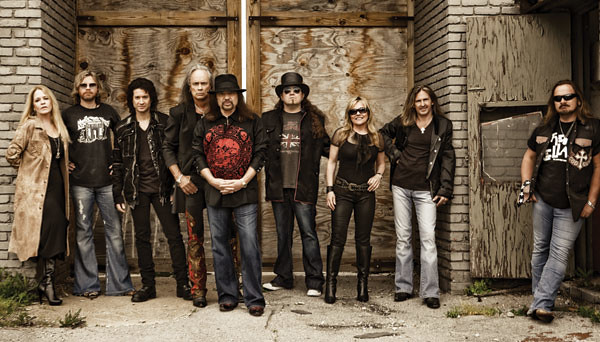 Beyond the tragedy, the history, the raging guitars and the killer songs, ultimately, Lynyrd Skynyrd is about an indomitable will. About survival of spirit; unbowed, uniquely American, stubbornly resolute 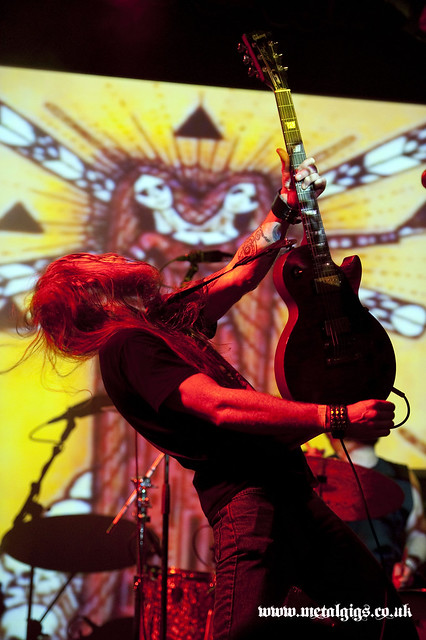 Black Pyramid and Pagan Altar have been added to the already amazing line up for Desertfest 2012 which is happening in Camden, London in April next year.

They will join the already stellar line up of: 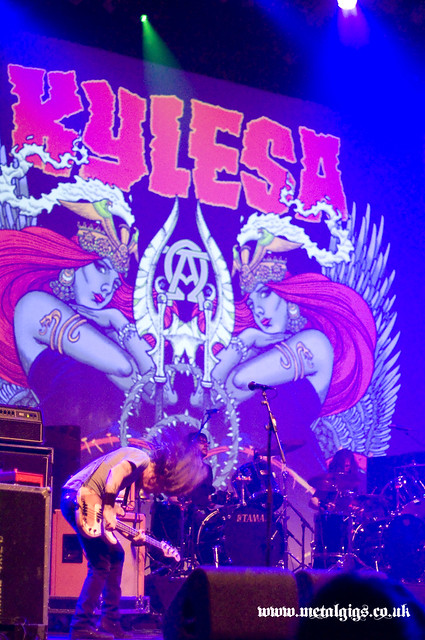 Georgia's finest are heading back to our shores for a tour in February 2012 including Irish dates.  Support will come from Circle Takes The Square and Ken Mode

Dates are as follows: 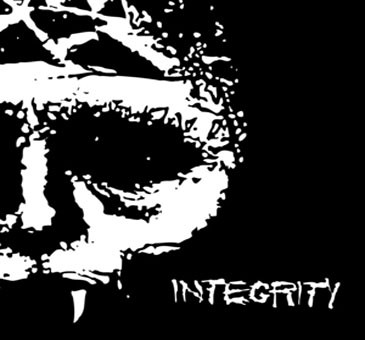 Integrity, highly regarded as one of the finest Hardcore bands on the planet (at least by the good folk at metalgigs) are heading back to the UK in mid 2012.

Confirmed dates so far are: 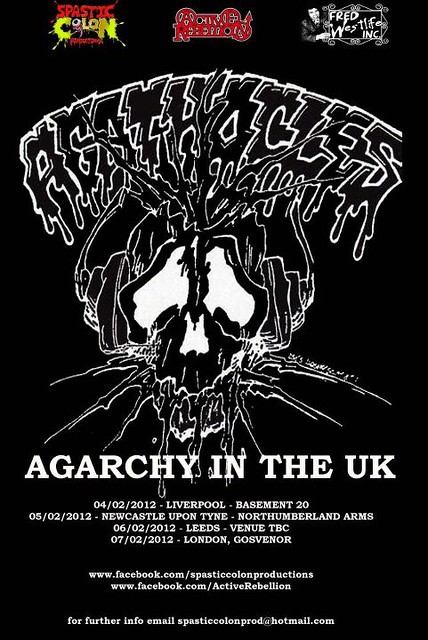 Belgian grind bastards Agathocles have announced their first ever UK tour. Here's what organisers Spastic Colon has announced so far: 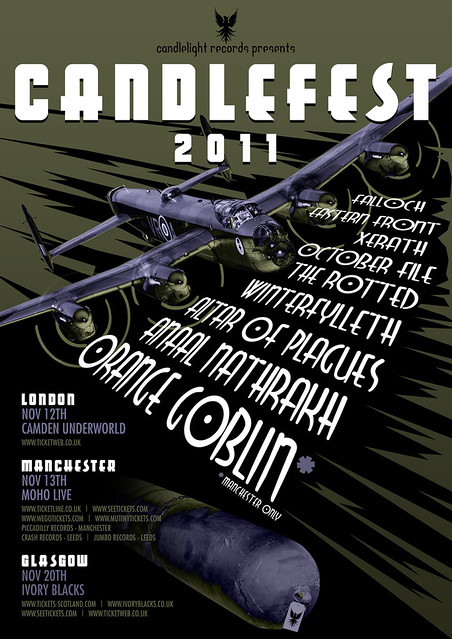 Long regarded as one the bastions of the underground metal scene, it’s possible that Candlelight has never shone as bright as in recent years. Having bolstered its impressive roster with some of the finest international artists, you could be forgiven for forgetting some of the acts closer to home. That's why nights like these remind you with stinging clarity just how strong the scene is in the UK and Ireland. 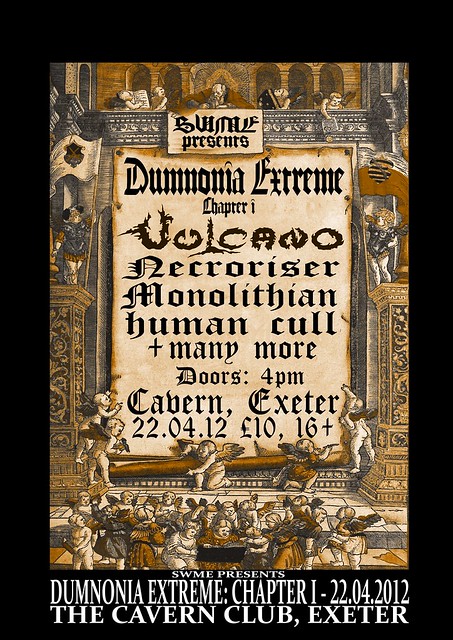 Terry from South West Metal Events has got in touch to let us know that the Exeter Vulcano date has now been made even more special than it already was.

The Cavern Club date has been turned into a mini festival of sorts with doors opening at 4pm and a plethora of bands now playing including Wales' Desecration, Necroriser, Human Cull and Monolithian (who we only just discovered and like alot!). 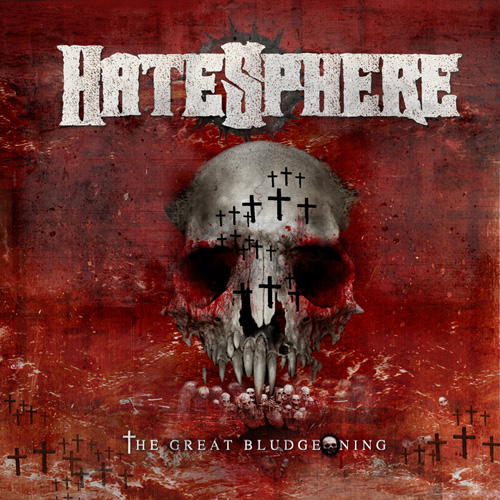 Hatesphere have announced 2 UK dates at The Well (Leeds) and Camden Underworld (London) in support of their latest release The Great Bludgeoning.

For those of you who are unfamiliar with them, shame on you, whilst they've remained fairly underground